Teetering Between Life and Death

The last full week of January, 1977, was one of the toughest weeks of my life.  My father, who was two months shy of his 60th birthday, had suffered a heart attack on January 5.  He spent the last 22 days of his life in Tuomey Hospital in Sumter.  20 of those days were spent in the ICU.  Those units were different 35 years ago.  The waiting area was right outside and sometimes, he would be the only cardiac patient there.  In the waiting area, you could hear the telemetry alarm and then the "Doctor Rush ICU" on the intercom.  Usually, when that happened, we knew that the staff was battling for my father's life.  On January 27, I was entering the hospital when I heard the "Doctor Rush" alarm.  I raced up the stairs and found my mother in tears.  She knew this was the last stand and sure enough, 10 minutes later, the doctor came out and told us the battle was over. He had put on a valiant fight, but it was too little too late.  He had battled a few culprits that ultimately led to his death.  He was 'borderline' diabetic.  His cholesterol was questionable.  He liked fried foods and beer.  He didn't exercise.  And he came from a family line that was fraught with males who "dropped dead." (I use that term because that was what the doctor listed on my paternal grandfather's death certificate.)  SO, if ever there was a family that needed to do things differently not only to survive, but to thrive, the Brown family was it.
My friend, Ron Barker, tells me that 1,000 Southern Baptist Churches die every year.  The tragedy is that most of these church deaths could be avoided IF the leadership (particularly LAY leaders) in these churches recognized the danger signs and took some preemptive action to get healthy and stay healthy.
What are some of the danger signs that indicate declining health and potential death?
1) Clinging to the Comfortable -  We have become accustomed to comfort in our churches and resist the adventurous work of the Holy Spirit.  We cling to homes that are more house than we need, we cling to cars that are far more expensive than we need, we cling to status symbols, to church buildings, to racial/cultural stereotypes to the point that we make Nehustans of them.  (This was the bronze serpent used at God's instruction by Moses to save the Israelites from the fiery serpents.  Numbers 21:5-9 and 2 Kings 18:4)  Our comfort has become our idol.
2) Creating a "Church Culture" rather than Developing Disciples - Jesus' Great Commission to ALL who would follow Him is to "make disciples of all nations, baptizing them in the name of the Father, the Son, and the Holy Spirit, teaching them to observe all that I have commanded you . . ."  Matthew 28:19-20.  We've attained excellence at indoctrinating people into a church culture that is  self-protective and self-serving more often than risking all to share the gospel.  If Jesus had approached the cross with the same fortitude that most of our churches approach the Great Commission, he would have retreated into the wilderness like a spiritual "Robin Hood and hoped for a good outcome."  If being the church means anything, it means going out, telling The Truth, baptizing new believers, teaching them biblical principles, and deploying them as missionaries.
3)  Exacting Religious Traditions rather then Enhancing Biblical Community - Very few churches that I know have written core values, but all of them have core values.  These unwritten and often unbiblical core values often create conflict and, in staff to congregation relationships, can create suspicion and ill-feelings.  Many years ago, in the first church I pastored, there was a large family Bible on the pulpit that made it difficult to place and follow my 5.5x8.5 manuscript.  One Sunday morning, I simply moved the Bible and placed on a platform chair.  There was a called deacons' meeting afterward and I was told that no one heard anything I said after that because "everyone" was upset with my actions.  It was an unwritten core value and my ignorance was no excuse.  That was my first strike.  If that happens to pastors, imagine what it's like for someone who is not familiar with church culture and religious traditions.  From meeting times to music to what most consider "missions," we've let our preference for traditions overpower our responsibility to be a biblical community.
4) Failure to Re-Dream - Sometimes when I visit churches, I feel like I'm walking into the movie "Pleasantville." Everything should be in black and white because so much of what is being done hearkens back 30, 40, even 50 years.  One church I visited in the late 1990s even had their classrooms labeled as beginners, primaries, juniors and intermediates.  For those of you who are Southern Baptist, you know how dated that is.  To me, it clearly illustrated that most of these churches were trying to continue pursuing a dream (vision) that had died long ago.  How can we who serve a forward-looking God constantly be looking back at the way things were?  We need to be in the here and now because this is where God has placed us.  Churches need to re-dream often, at least every five years or so.  As rapidly as our culture changes, the dream/vision should probably be revisited every 2-3 years, because when we get stuck in the past, we cannot effectively connect with and win the present culture.
This is not an exhaustive list.  It's just a few of the fried foods, sugars, and hydrogenated fats that we continue to ingest.  And guess what??  It's killing 1000 churches a year.
Posted by Zane Brown at 1:57 PM 1 comment: 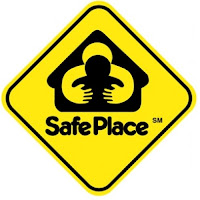 Ecclesiastes 4:9-12 has been a favorite passage of mine for many years.  It addresses the importance of relationships, both personal and with God.  For those of us who are median and older adults, many, if not most, of the virtues and securities that were the norm in our childhoods have become extinct.  Integrity, loyalty, and personal responsibility are among those virtues that have become so rare.  Job security, financial security, domestic security, and even social security are all at a much higher risk today.  Our culture is becoming a culture of chaos, brokenness, and suspicion.

Yet, the fact is that we really need each other.  People need people.  It's the way God created us.  "Two are better than one . . ." says the scripture passage.  Perhaps a more important truth to grasp is that people need God and others.  This triangular relationship is that " . . .cord of three strands not easily broken" that the author of Ecclesiastes references in verse 12.  Now I understand more clearly a shocking statement made by an Arizona pastor who said, "A person who has God alone does not have enough."  Indeed, though Adam walked with God face to face in the Garden of Eden, God found that environment and the relationship incomplete.  In fact, God Himself said, in Genesis 2:28, "It is not good for man to be alone."
So, He created two great institutions for meeting that need.  Those institutions are the Family and the Church, in that order.  These are the safety nets that He has woven for times of uncertainty and insecurity.  They are to be the places where virtues and values can be taught and modeled.  They are the places where hope, help, and acceptance are always readily available.  They are the places where love should be unconditional, loyalty unwavering, and personal worth consistently affirmed.  These are to be the safe places for ourselves and our children amidst the cultural storms assailing us.
Men, fight valiantly against the torrent of enemies that will assault your marriage and family.  Be a godly husband and father.  Women, nurture your family and model the grace and love of Christ for them.  Kids, honor your parents because God demands it.  Let God be that third cord in those relationships because He is the One that will hold things together.  Worship and serve as a family, because the old cliche still holds true . . . "The family that prays together stays together."
Is your home a "safe place?"  How about your church??  And what are YOU doing to assure that they are?
Posted by Zane Brown at 8:52 AM No comments: